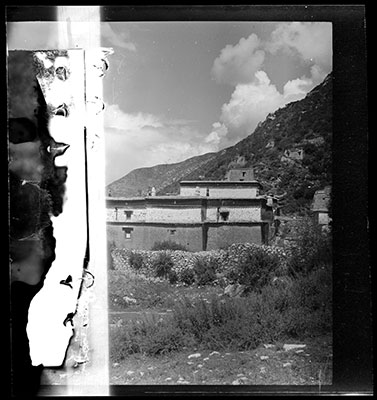 One of the monastery buildings at Uru Katshal (dbu ru ka tshal), the Maldro gongkar (mal gro dgon dkar). Its lower part is most probably painted red. There is a dry stone wall in the foreground. The negative is damaged on the left hand side most probably from the time it was in the camera.