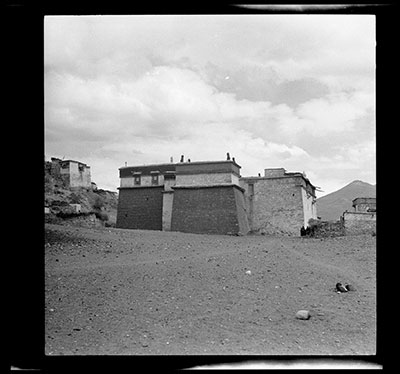 One of the monastery buildings, the Maldro gongkar (mal gro dgon dkar), at Uru Katshal (dbu ru ka tshal). Its lower part is most probably painted red. There is a small group of monks standing to the side of the building on the right.