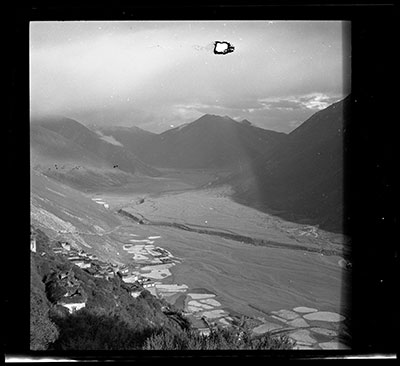 The Shorongchu river valley with the buildings of Drigung thil monastery on the extreme left and cultivated fields in the valley below. There is a hole at the top of the negative.