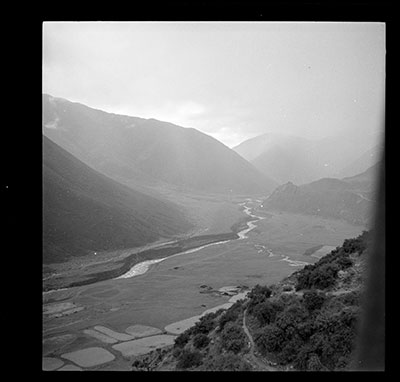 The Shorongchu river gorge cutting through a wide valley near Drigung thil monastery ('bri-gung mthil) with mountains on all sides and cultivated fields in the forground. A track may clearly be seen in the immediate foreground.