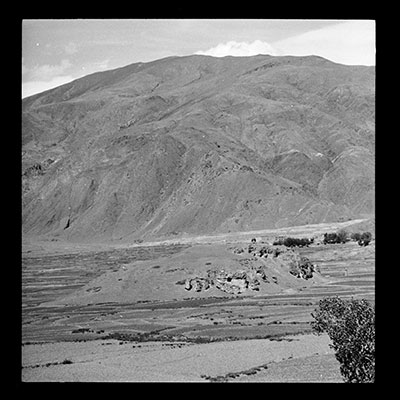 The burial mound (bang so) of the King Srongtsan gampo (srong rtsan sgam po) surrounded by cultivated fields below Chyongye.