Settlement of Chyongye with burial mound 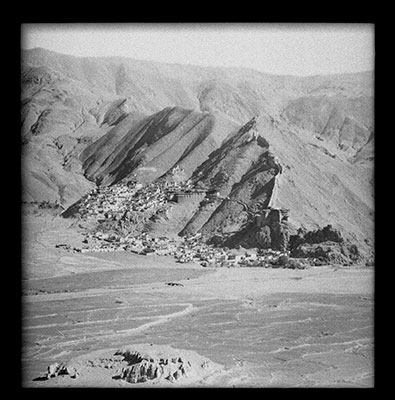 The settlement of Chyongye ('phyong rgyas) on a hillside overlooking the valley containing the burial mounds (bang so) of the Tibetan kings. The fort (rdzong) is to the right of the settlement on a small hillock and the monastery of Riwo dechen (ri bo bde chen) is in the centre. The ancient fortress of Chingbay taktse (phying ba'i stag rtse) is situated further up the hillock. In the foreground are cultivated fields. The burial mound of Sanaleg (sa na legs) can be seen in the foreground.