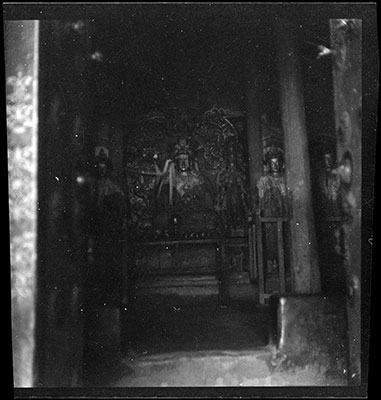 Decorated, painted doorway leading into the chapel where there is an image of Nampar Namzay (rnam par snang mdzad), Vairocana on the altar with the Eight disciples of the Buddha, two of which may be seen on either side of the main image.