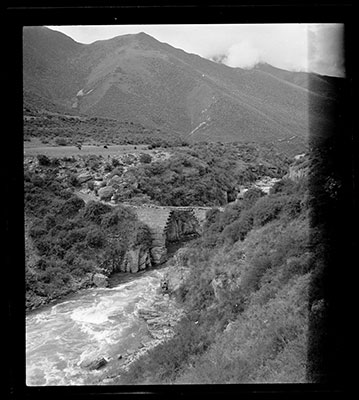 A ridge frame bridge spanning the gorge of the Shorongchu river near Yangri monastery. The gorge is quite heavily vegetated. There is a dark stripe on the right of the photograph.