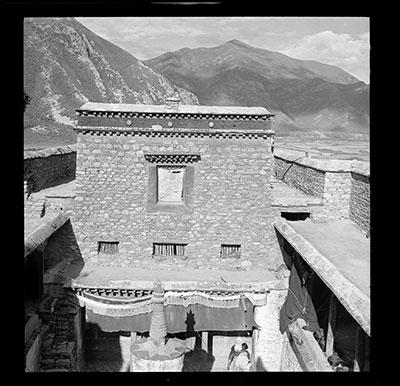 Part of the monastery of Zhwa'i lhakhang. The photograph is taken from a position above a galleried courtyard facing a solid stone wall of a chapel containing the image of Nampar Namzay (rnam par snang mdzad), Vairocana. The top part of a reliquary monument (mcho rten) is in the immediate foreground. Pema, Richardson's servant, can be seen at the bottom of the image writing on a large sheet of paper.