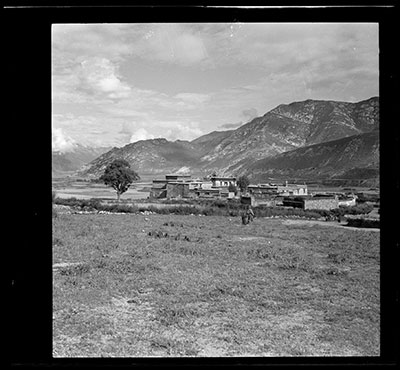 Zhwa'i lhakhang monastery with the main temple in the centre. There are cultivated fields in the background and a woman holding a child's hand is walking across a field in the foreground.