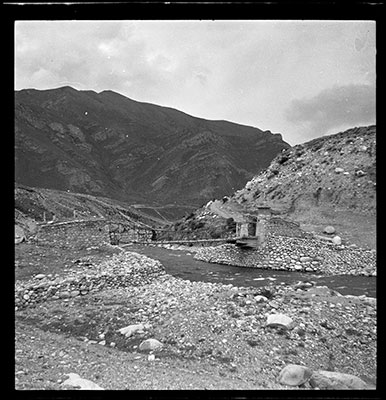 A simple rope bridge spanning a river in a rocky valley in Drigung.