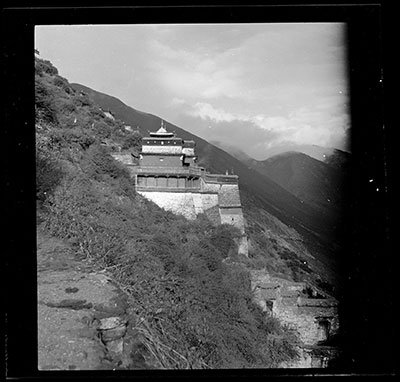 The main temple at Drigung thil monastery perched on the side of a mountain. There is a black stripe at the edge of the frame on the right.