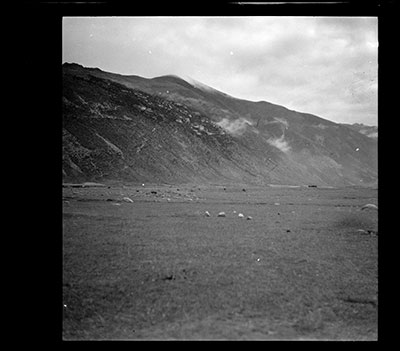 The buildings of Drigung thil ('Bri-gung Mthil) monastery, the seat of Drigung Kagyu school of Tibetan Buddhism, scattered over a hillside near the Shorongchu river. A track to the monastery is clearly visible on the left. There is a flat plain in the foreground where sheep are grazing.