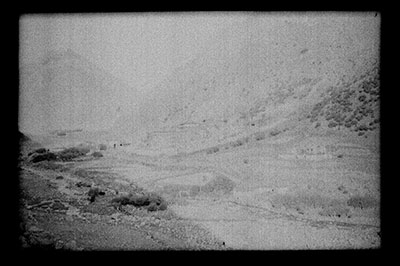 The buildings of Tsurphu monastery in the narrow valley of a tributary of the Tolung river.