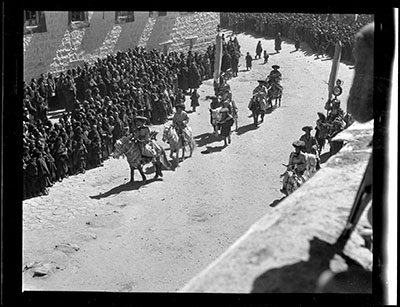 Yaso commanders and standard bearers of the cavalry on horseback rounding the south west corner of the Jokhang with a crowd of onlookers, mainly monks, lining the Barkhor. The edge of the balcony of the Doring house from where the photograph is being taken can be seen on the right.