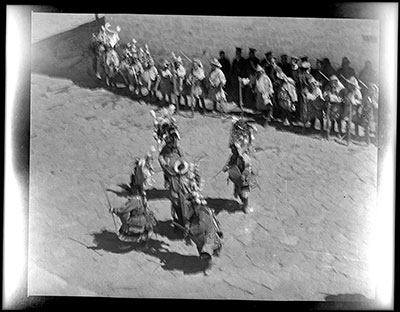 Zimchongpa infantry dressed in ancient armour performing near the main entrance to the Jokhang at the Monlam Torgya ceremony. They are wearing elborate headdresses and are moving around in a circle.