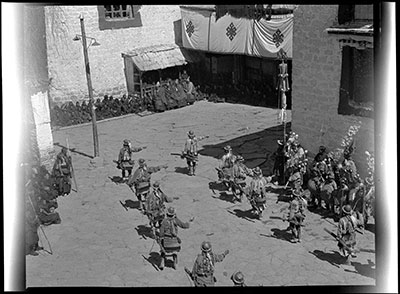 Two rows of Zimchongpa infantry dressed in ancient armour performing outside the main entrance to the Jokhang at the Monlam Torgya ceremony. The standard can clearly be seen on the corner of the building on the right and the lampost on the left. The four Shengo (proctors of Drepung monastery) can be seen sitting under an awning in the centre of the image.