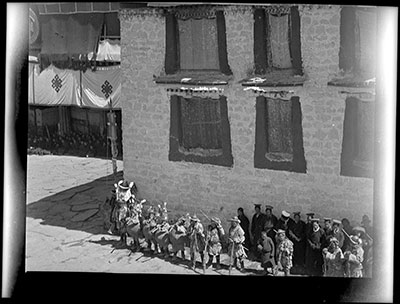 Zimchongpa infantry dressed in ancient armour standing outside the main entrance to the Jokhang at the Monlam Torgya ceremony. Behind them can be seen junior lay officials up against the wall of the Jokhang.