Group of monks at Monlam Torgyap 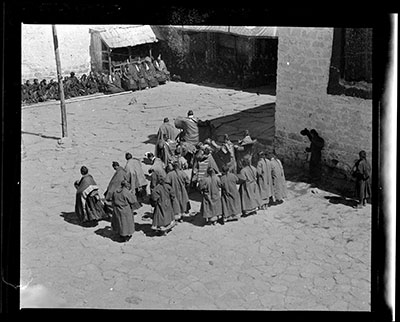 Group of monks in ceremonial dress bowing in the direction of the Dalai Lama's window outside the main entrance of the Jokhang during the Monlam Torgyap ceremony. The Shengo (proctors of Drepung monastery) are seated on a bench under an awning at the top of the photograph.