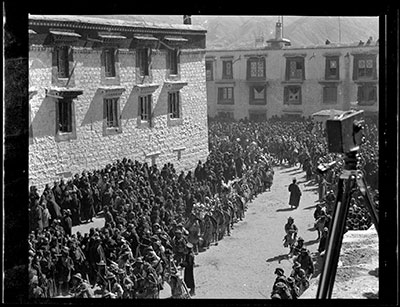 Procession on the Barkhor rounding the south west corner of the Jokhang during the Monlam Torgya ceremony. Officials are leading lines of Zingchongpa foot soldiers. The Barkhor is lined with spectators. There is a tripod with a camera in the bottom left hand corner of the image. The photograph was taken from the Doring house.