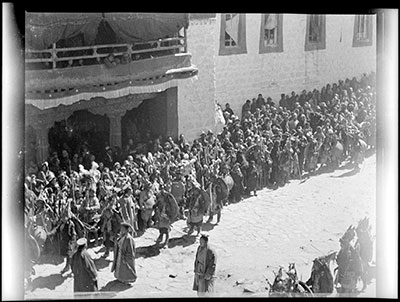 Procession of officials and Zimchongpa foot soldiers at the Monlam Torgya (Casting out the Votive Offering for the Great Prayer). The photograph is taken from the roof of the Doring House. The Shira entrance to the Jokhang can be seen in the background.