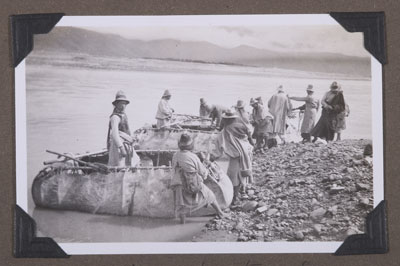 Crossing the Tsangpo river between Singma Kangchung and Chushul in hide boats. This photograph was taken when Evan Nepean was travelling with a small party to Lhasa after having the Mission's wireless system fixed at Gyantse