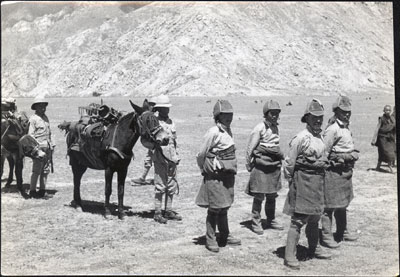 Four Tibetan soldiers wearing the old version of the army uniform and two mules carrying gun parts behind them. Taken at a military display in 1936