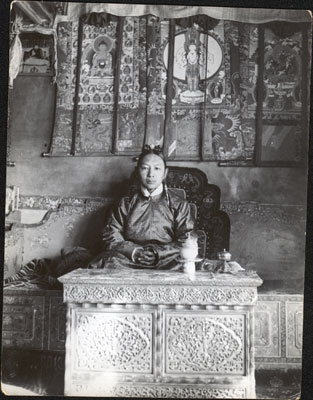 The Prime Minister sitting on an ornately carved bench with a carved wooden table in front of him on which is placed a teacup and three thangka paintings behind him on the wall.