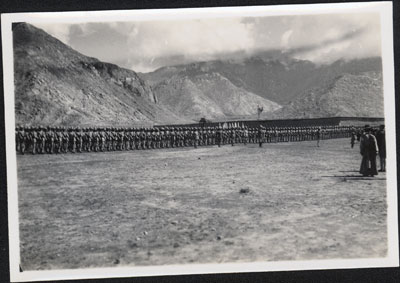 Other Information - Related Images: Caption for this image in Nepean's album (see Same Image As) - Before the Review. The Guard of Honour' [MS 01/08/2006]