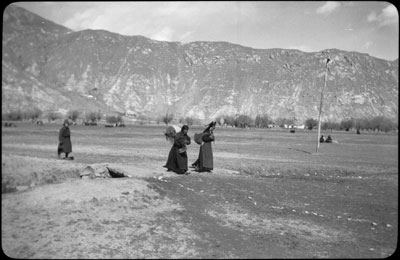 Women walking along a path in the Lhasa plain carrying loads in baskets.