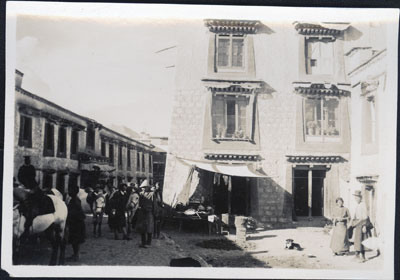 A street in central Lhasa around the Barkhor. Shops with awnings can be seen propped up outside a tall building. Horses belonging to the Mission members. This may have been the occasion of a visit to one of the Tibetan aristocratic families that lived in central Lhasa in the region of the Barkhor and the central temple, the Jokhang