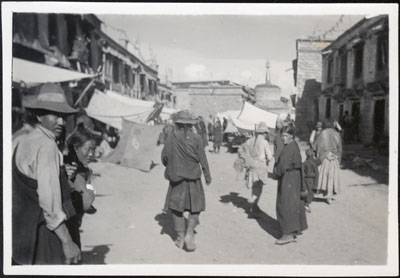 A street in central Lhasa around the Barkhor. Shops with awnings can be seen lining the street and a large chorten can be seen in the distance