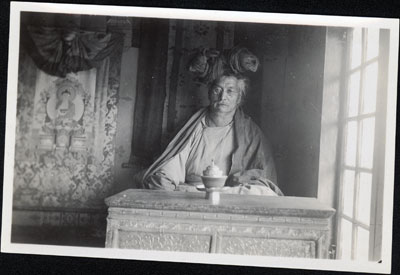 The Abbot of Kargyu Monastery in the Chumbi Valley. The British Mission party of 1936 briefly visited the gompa and met the Abbot whilst en route to Lhasa in August of that year