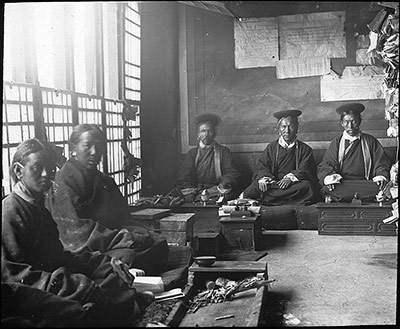 Technical Information - This lantern slide was made using a nitrate film negative by a non-contact, projection technique [MS 20/8/2004]