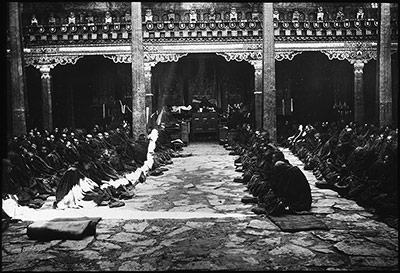 Monks seated in rows in courtyard of Jokhang listening to sermon of Ganden Tri Rimpoche.