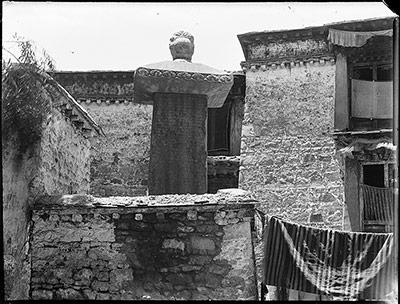 Jokhang doring or inscription pillar in Lhasa. A piece of cloth has been suspended from a line adjacent to the pillar

Other Information - Dates: The date of may 3rd has been suggested for this image because the foliage overhanging the doring is much less lush than that which appears in 1998.286.26.1&2, which seems to have been taken a couple of months later [MS 06/03/2006]