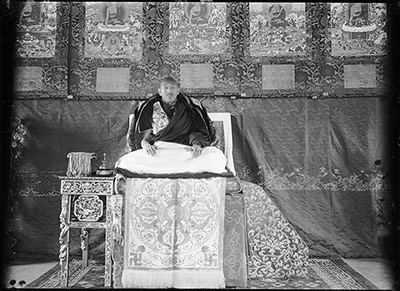 Other Information - Historical Background: Bell took many pictures of the thirteenth during the course of their friendship. The first was taken when the Dalai Lama sought refuge in Darjeeling in 1910 [CH 27/03/2003]