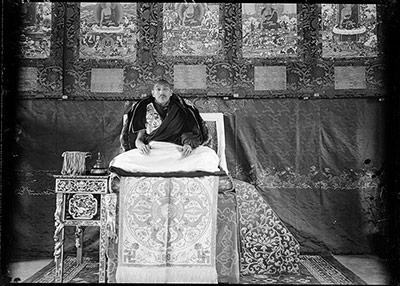 The Thirteenth Dalai Lama (1876-1933) seated on a throne on an ornately carved and painted dais in the Norbu Lingka Palace. Surrounded by thangka, silk banners. This is the throne used by the Dalai Lama on important occasions.