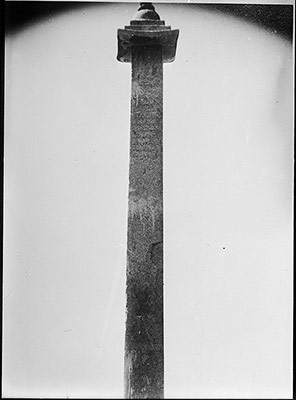 Other Information - Related Images: The Previous PRM number was in error: it should have referenced H.378-56 in Bell's list of illustrations [MS 28/6/2004]

Other Information - Historical Background: Bell's Diary for 3rd May 1921:"Tri-mon Shape is making copies of the Lhasa, ie: Tsuk Lha-khang, Doring for me, and apparently of the Sho Doring also. He has had parts of them rubbed with oil to make the letters clearer. The translations into Tibetan of the Chinese inscriptions on the Tsuk Lha-khang Doring, made for the Simla Conference, 1913-14, were made by the Chinese interpreter to the Ka-sha." [Vol. X., p.47]