Members of Mission from Ladakh 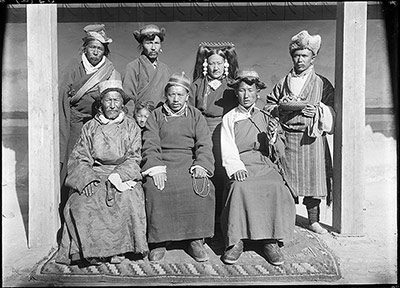 Three men from the Ladakhi mission in Lhasa sitting, three men, a woman and a child standing, one man holding a bamboo bowl. Image taken in a domestic setting between two wooden pillars, with carpet on the floor. One man holding a pipe, two men holding rosaries