Monk riding up to Potala at New Year 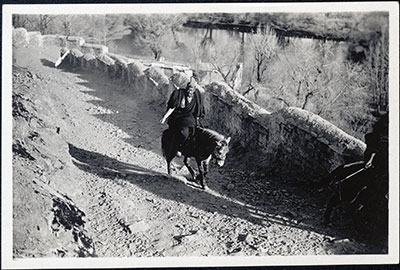 Monk riding up to the Potala for New Year Festivities.