Appliqué tents in front of Potala 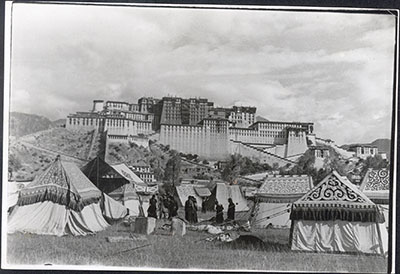