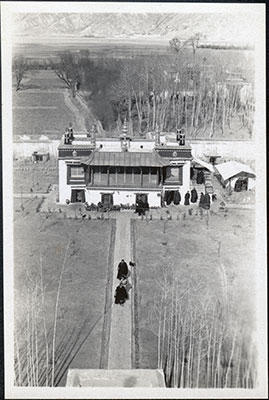 Notes on print/mount - This contact print has been made using Velox paper and the trade name can be seen printed on the back in an oval. 'F. S. Chapman' has been written on the bottom left hand edge of the print in pencil [MS 30/03/2006]

Other Information - Related Images: Images prefixed with '2' comprise a group of negatives including images of Khampa people, Kinchung, a shuttle cock game and images of the Regent’s palace. They seem to have been taken between January 15th - 27th 1937 [MS 30/03/2006]