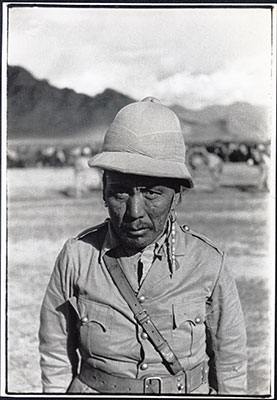 Soldier close, wearing a topi hat and earring. This photograph was taken at a review of the troops held in September 1936.