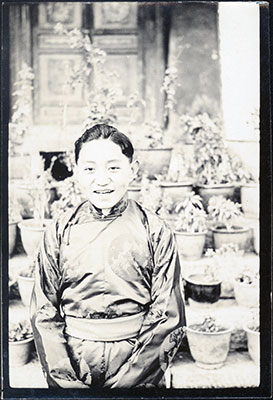 Tsarong's son 'George', Dundul Namgyal Tsarong on the steps of Tsarong's house. Flower pots can be seen in the background

Notes on print/mount - The print has been printed out on Velox paper. The reproduction is very poor and the image is washed out [MS 28/03/2006]