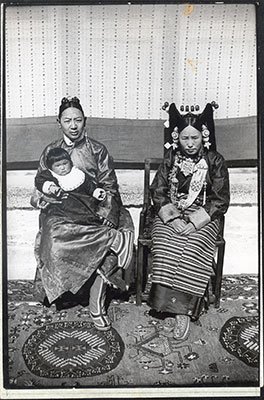 Notes on print/mount - The back of the print is covered with crop and reproduction instructions. The reference '6-5' has been written on the back in pencil, as has the caption "The Prime Minister with wife and daughter". A piece of thin paper has been stuck across the back of the print and folded over the front. The caption has been repeated on the front on this paper, in capital letters, along with a number of cropping instructions [MS 25/03/2006]