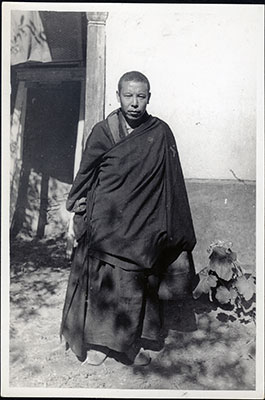 Other Information - Setting: Entry in Mission Diary for September 19th 1936: "Today there were three callers. // Tse-trung Cho-den Tendar the Telegraph Master, who is doing excellent work in despatching and receiving without error, many code telegrams, speaks English of a sort. In his spare time he runs a school and teaches such English as he knows to the sons of several officials" ['Lhasa Mission, 1936: Diary of Events', Part VI p.3, written by Richardson] [MS 25/03/2006]