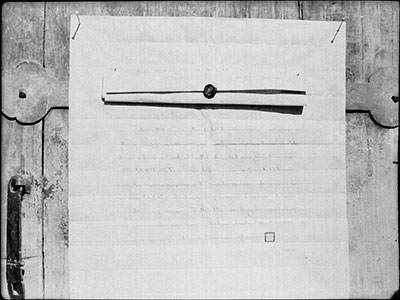 The permit for the 1938 Everest Expedition. The envelope in which the letter would have been delivered has been placed at the top of the letter. The seal can be seen

In Negative - '23' has been scratched into the negative in the top right hand corner. The number '3' is printed on the negative on the lower left edge. The negative has many pin-pricks down the right hand side, possibly made when securing the image for reproduction as a lantern slide, for example [MS 23/03/2006]

Manual Catalogues - Caption in Chapman's hand-written list of negatives made whilst on the Mission to Lhasa, 1936-7 [See PRM Manuscripts Collection]: 'Everest permit ' [MS 23/03/2006]