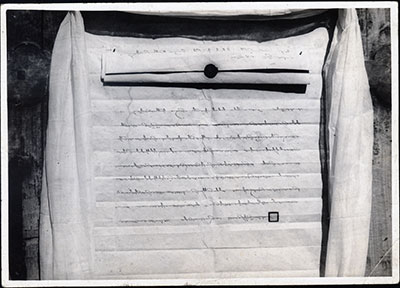 Notes on print/mount - The back of the print is covered with crop and reproduction marks. The partial reference number 'C.15' has been written on the back in pencil and it has thus been possible to identify this image as 'C.15.22' in Chapman's list of negatives by cross-referencing with related images in the PRM collection. The caption 'The Everest Permit' has also been written on the back of the print in pencil [MS 23/03/2006]