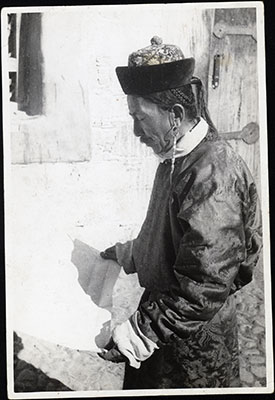 Notes on print/mount - The back of the print is covered with crop and reproduction instructions, some of which have been erased and overwritten. The reference 'BJ 20' has been written on the back in pencil, as has the caption "Norbhu Dzaza reading the Everest permit' [MS 23/03/2006]