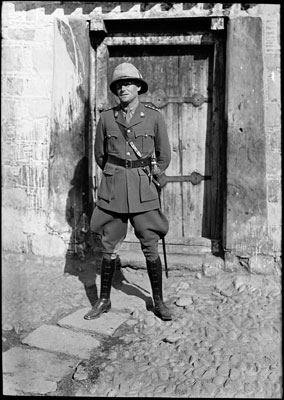 Dr Morgan in military dress, standing outside the Dekyi Lingka residence. This photograph was taken just prior to an official visit to the Potala, hence the formal attire