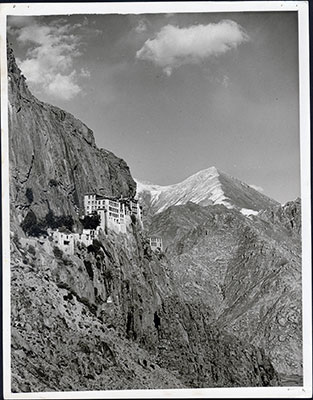 Notes on print/mount - 'SC Pede Dzong (Yamdrok Tso)' has been written on the back of this print. This is an error and seems to have been written by someone other than Chapman at a much later date to when the original image was taken [MS 21/03/2006]