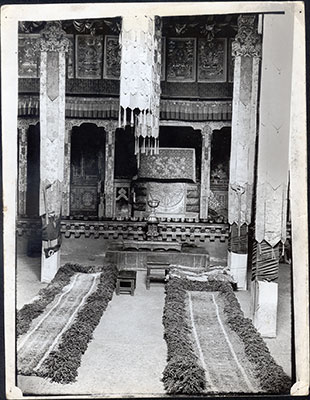 The Dalai Lama's throne in the reception room at the Norbhu Lingka. The monks would sit on the low cushions at the side if the Dalai Lama were teaching

Notes on print/mount - There are a large number of crop marks and other annotations on the back of the print, written in pencil. The reference number 'C-20-7' has also been written across the middle of the print on the back [MS 20/03/2006]