Hide coracle on the river near Lhasa 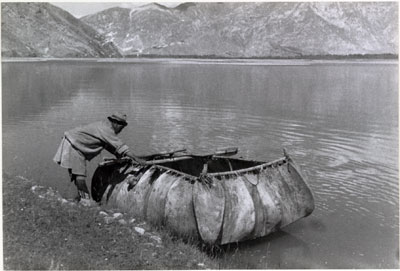 Hide coracle on the river near Lhasa, probably close to the crossing point near the Dekyi Lingka

Notes on print/mount - 'Coracle for crossing Tsangpo' has been written beneath the image in the album in pencil, apparently not by Hugh Richardson [MS 26/08/2006]